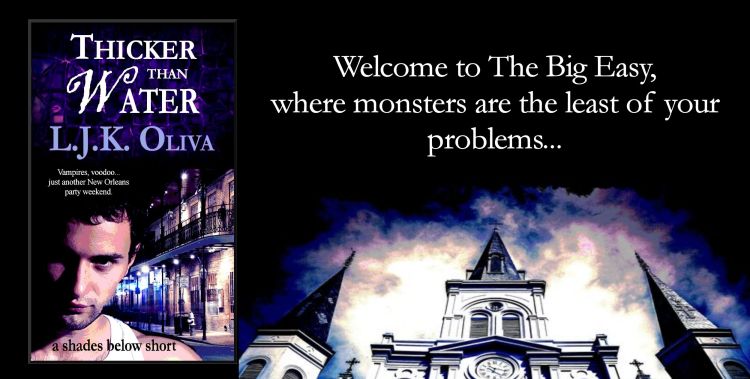 “Are we rescuing the Holy Grail from some Nazis? Infiltrating a top-secret loup garou smuggling ring? Do I get to carry my own sword?”

– Thicker Than Water (Shades Below Shorts, #2)

Emil and Puzzle are back! Vampires, voodoo curses, and one wild New Orleans adventure await you in the newest Shades Below Short.

Thicker Than Water takes place alongside Shades Below, #2: The Devil’s Disease. Catch up with some old friends – you’ll learn a bit more about Cyrus in this story – and meet some awesome new people (and not-people) ready to steal your heart.

I first started Thicker Than Water nearly a year ago, but life circumstances led me to set it aside for a while. Turns out a little distance wasn’t such a bad thing. Hanging out with the boys again has felt like coming full-circle, and I’m delighted with how the story turned out. I can’t wait to share it with you!

Here’s a peek at what you’re in for… 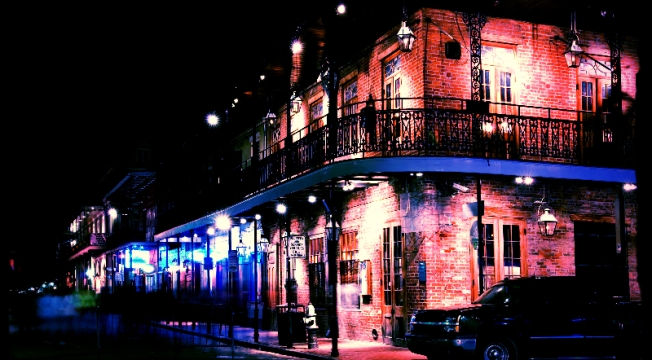 Rev. Emil Stone is a curator of knowledge.
Misha “Puzzle” Kaslov is a knight.
They’re supposed to be partners…and they are. But their relationship is more than just business.

Emil and Puzzle’s newest assignment takes them to New Orleans, Louisiana, but this is no party weekend. A vicious attack aboard a riverboat cruise has left the city in shock, and Emil and Puzzle enlist the help of their friend, Cyrus Alan, to investigate. Blood runs cold and passions run hot as a figure from Emil’s past makes a play for his affections, and Puzzle is forced to face up to his own growing feelings. Blinded by his internal struggle, he doesn’t see the danger closing in around them.

There’s something far more sinister than monsters at work in The Big Easy. By the time Puzzle realizes the truth, it may already be too late…

“There were three parties onboard that night: the dinner cruise, a birthday party, and a wedding.” They came to the crime scene tape. Brissette lifted it so they could pass beneath. “Dinner cruise was hosted in the main dining room. The other two rented out the smaller dining rooms.”

They reached the deck. Misha scanned the Victorian-looking wrought-iron trim, and didn’t speak. Emil slid his hands in his pockets. “Where did the incident occur?”

“Not the main dining room, thank god.” Brissette led the way to a stair case, and the three of them began the descent below deck. “Casualty count would have been astronomically higher.”

Misha descended a step, and something crunched under his foot. He looked down. A pair of eyeglasses stuck out from under his boot. The frames were twisted. Pieces of broken lens were ground into the carpet.

Brissette glanced back at the sound. He took in the glasses without expression. “Hope you got a strong stomach, Mr. Puzzle. It gets worse.”

They headed down the rest of the stairs. Emil stopped at the bottom. “Jesus,” he murmured.

Misha stopped beside him, winced. Brissette hadn’t been exaggerating. The scene in the main dining room was chaos. Broken glass littered a wooden parquet dance floor in the center of the room. Tables were topped over on their sides, as if people had tried using them for cover. Half-eaten plates of food lay strewn around them, the smell of rot heavy in the stagnant air. Against the far wall was a stage. Abandoned instruments still sat where their owners had dropped them.

Brissette picked his way through the mess, motioned for them to continue. “Most of the people in here managed to get to the lifeboats. The real treat is this way.”

Misha glanced at Emil at the same time Emil glanced at him. Their eyes locked briefly, then Misha nodded Emil forward. “Age before beauty.”

Emil sneered, but some of the tension leaked out of his shoulders. “You’d better not be calling me old.”

Misha snorted. “If the shoe fits…”

Emil rolled his eyes, and hurried to catch up with Brissette. They headed through a pair of double doors, down a narrow hallway. Brissette stopped outside a small door. “This is it. The King’s Room. It was rented out by the wedding party.” He paused. “Most everything was taken by the crime scene techs, but what’s left still ain’t pretty.”

Brissette visibly drew his shoulders back, then pushed open the door.

The first thing that struck Misha was the smell. “Has this room been closed off since the attack?”

Without a word, Emil withdrew a little bottle from the pocket of his slacks. He twisted off the cap, and the scent of peppermint and something else drifted out. The combination was pleasantly astringent…and potent. Emil dabbed some onto his finger, then swiped it under his nose. He held out the bottle to Misha.

Misha took it, and Emil’s hand brushed his. The heat that flared at the simple touch made the air catch in his throat. Emil’s face turned red. He quickly jerked his hand away. If Misha hadn’t been watching him so closely, he might have missed the small shiver that rippled over his shoulders.

He forced his attention back to the matter before them, did as Emil had and dabbed some of the oil under his nose. Then he passed the bottle to Brissette. The detective looked at it askance, but followed suit nonetheless. His eyebrows went up. “Hey, that’s not bad.” He passed it back to Emil. “You two do this a lot?”

Emil slipped the bottle back into his pocket. His ears turned a darker shade of red. “More than we should.”

Get your Emil & Puzzle fix at these online retailers: 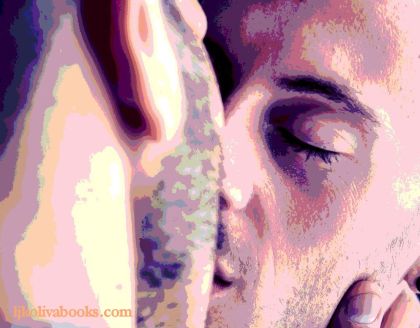 Become a Shades Below Insider! Get the inside scoop on the Shades Below series with exclusive bonus content, news, sale alerts, and release day announcements. 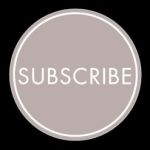