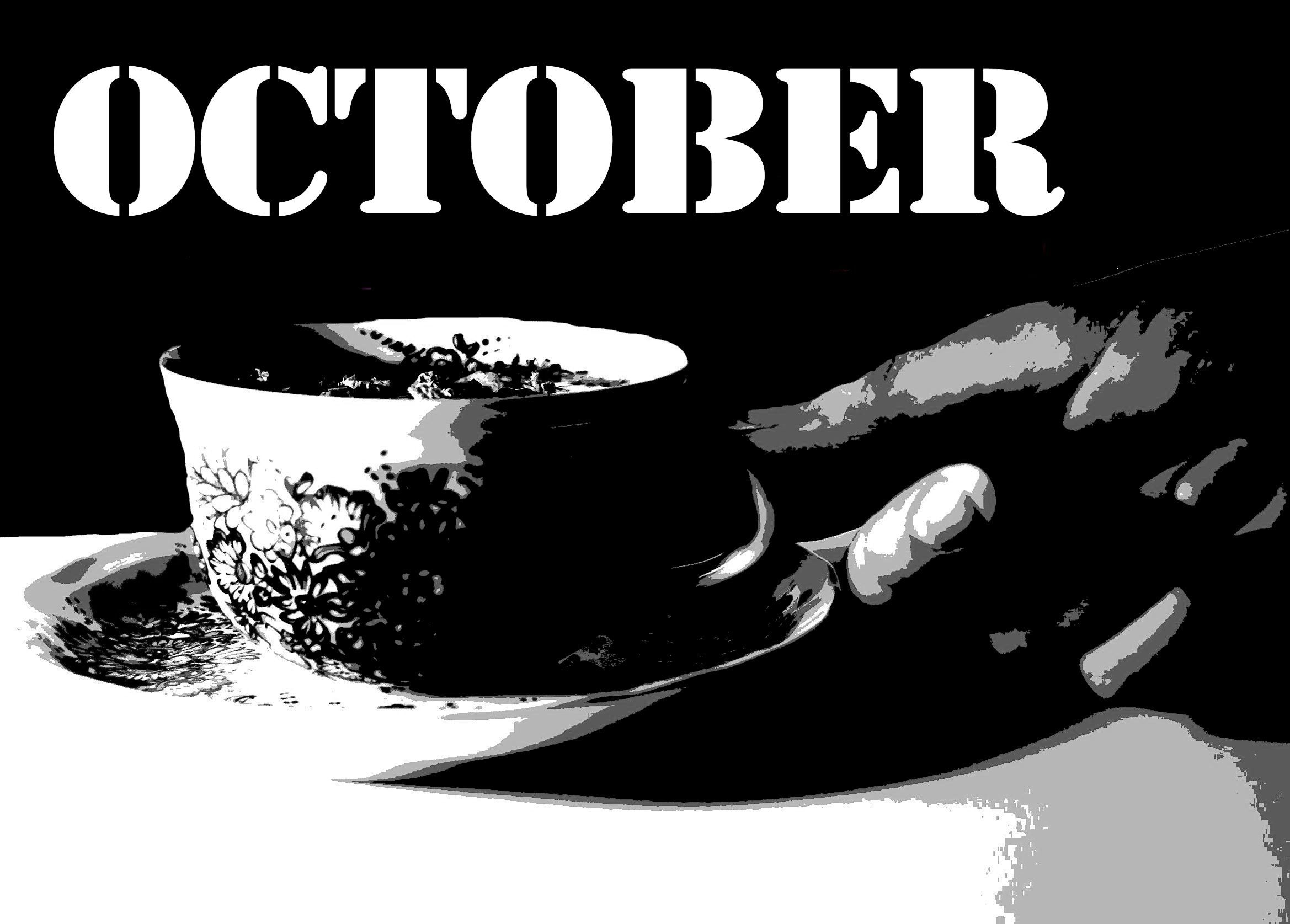 There’s something about October…

Summer is officially over in the Bay Area. The nights are cold, the mornings are crisp. The sun sits differently in the sky. The holidays are fast approaching, and with them, the end of the year.

While I enjoy the excuse to let my witchy flag fly, by the time October ends, I’m ready to hunker down. Here in the U.S., November is practically synonymous with home & hearth. I use the time before Thanksgiving to enjoy the encroaching winter and mentally prepare for the delightful chaos the holidays bring.

Around this time, I also start looking back on the year behind me. Overall, I’ve done pretty well on my 2017 to-do list. I published If You Were My Vampire and Thicker Than Water. The second Shades Below anthology goes live this week.

Publishing Ghost In The Machine is the last item on my list. It’s going to be a push, but I’m confident I can make that happen, too.

REAL TALK: I fully expected to have the first draft of Ghost done by now. Unfortunately, life got in the way, which it tends to do when you don’t work to an actual schedule. This is going to be a major area of focus for me in 2018. The response to Shades Below has been incredible, and it’s time I had a good answer for people who ask when the next book is coming out.

Since we’re on this road together, expect a few blog posts about it! And as a way to keep myself accountable, also keep an eye out for a complete list of the books I’ll be publishing next year.

Thanks for reading! I hope your November is packed with good food, warm drinks, and lots of time with the people you love.

In the meantime, enjoy this peek at what I got up to last month…

Song Of The Moment

Don’t Know Who I Am – Rebecca Roubion

Hey, hey hey – does anyone hear what I’m saying’

Last month, I used Halloween as an excuse to brush up on all things witchy. Here are a few of the books I dove into:

I’ve loved the movie for years. This month, I finally got around to reading the book…

Someone was knocking on the door.

Lena woke up with a start.  A scream ripped from her throat.  She bolted upright, arms and legs tangled in her bedsheets.  Her face felt simultaneously sweaty and freezing.  She gulped for air.

The door banged open, and Cyrus rushed in.  “Lena!  Are you all right?”

Lena whipped her head towards him, then looked around.  Her room was just as she’d left it before going to bed.  The fairy nightlight glowed near the door, dim now in the morning light that streamed through the window.

Cyrus approached her, concern written into the lines of his forehead.  Lena took a deep breath.  “I’m fine.”  She forced a smile.  “Just a nightmare.”  Her hand stung a little.  Absently, she reached down and rubbed a thumb over the smooth, unblemished skin.

Cyrus shook his head.  “Been a while since I heard you have a nightmare like that.  Must have been bad.”

Lena shrugged.  She didn’t like talking about her nightmares; not with him, not with anybody.  Anyway, she couldn’t quite remember what this one had been about.  “No worse than usual.”  She furrowed her forehead.  “You were right outside.  Were you coming to tell me something?”

“Yeah.”  Cyrus dragged a hand through his hair.  “Better brace yourself.  I just got a call from Seneca Lynch.”

Lena’s stomach lurched.  “As in Seneca Lynch, the vampire?”

Cyrus nodded.  His expression turned grim.  “There’s been a massacre at one of the Sons’ clubs in SOMA, someplace called—”

“Yes, actually.”  Cyrus’ brow wrinkled.  He gave his head a shake, and continued.  “Apparently a Son walked in, and—”

“Killed everyone inside.”  Lena rubbed her arms.  Why was Cyrus acting like all this had just happened?  “He was sick.  The people he came into contact with didn’t think he looked right.  Neither did his brothers at Almas Perdidos in The Mission.”

Cyrus narrowed his eyes.  “You didn’t hear me on the phone, did you?”

Lena laughed a little.  “Come off it, Cyrus.  You know we already worked this case.”

Cyrus gave her a strange look.  “That’s impossible.  It only happened last night.”

Lena shook her head slowly.  “No way.  Come on, this happened almost a month ago.  Remember?  Emil and Puzzle called you to come to New Orleans, so I worked it with Jes.”

“Pretty sure I’d remember going to New Orleans.”  The wrinkles in Cyrus’ forehead deepened.  “And who the hell is Jes?”

Lena snorted.  What kind of a question was that?  Jes was…well, he was…

She frowned.  “I have no idea.”  She quickly rallied.  “But that’s not the point.  I remember this case.  The Son’s name was Andrés, and he was sick.”

Cyrus gave her a patient look.  “Sons don’t get sick.”

“I know.  Not usually.  But this was different.”  Lena ignored the doubt on his face, and pressed on.  “Somebody engineered the disease to target a Son’s biology.”

Cyrus crossed his arms.  “All right.  I’ll bite.  So who would cook up a virus specifically aimed at the Sons of San Francisco?”

Lena opened her mouth, closed it again.  Whatever else she’d been about to say suddenly vanished behind a fog in her mind.  “I don’t remember.”

“Damn it, Cyrus, listen to me!  This happened, all right?  I just…” Lena wracked her brain.  “It was something called a prion disease.  Like a vampire version of Mad Cow.  Okay?  The rest of Almas Perdidos got it, too.  So did Lynch.”

“Look, I appreciate this all seems real to you.  And if it makes you feel better, I’ll tell Lynch what you said.”  Cyrus shook his head.  “But you’re not thinking straight.  Lynch just called me this morning.  I haven’t been to New Orleans in years.  And this person you’re supposed to have worked with—”

“Right.”  Cyrus rubbed the stubble on his chin.  “This Jes person doesn’t exist.”

Want to stay in the loop? Sign up for my newsletter here– in addition to release day notices, I’ll send you the first 3 books in Shades Below, FREE!