It’s kind of like parents having a favorite child. In my case, though, I can’t help it. I do have a favorite.

His name is Seneca Lynch. He is one hundred eighty-two years old. And he’s a vampire.

Lynch has been living in my head for so long now, I can’t remember a time when he wasn’t around. Nor can I quite remember how I first came upon the idea of him. True to character, one day I woke up, and there he was: sitting in my favorite chair, drinking my best whiskey, and cracking snide jokes.

I think you’ll love him too, but don’t take my word for it! Allow me to introduce you to San Francisco’s favorite Son… 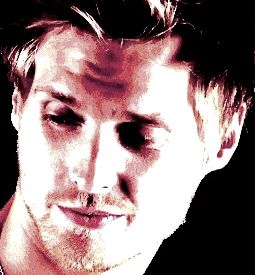 Quote:
“Your druthers is my ruthers, Ms. Alan.”

Seneca Lynch couldn’t remember the last time he’d had a day off.

Normally, he didn’t think about it.  Even immortals had to work, and it wasn’t as if he minded his job.  The pay was decent, even if the hours were shitty, he got to meet interesting people…and there was dental.  There wasn’t much a vampire wouldn’t do for good dental.

Lately, however, he’d felt distinctly off-stride.  The recent attacks on San Francisco’s Fraternity of Sons had him rattled, but it wasn’t just that.  He hadn’t heard from Detective MacMillian since his blood withdrawals started.  No one from the Alan family had bothered to get in touch, either.  Lynch frowned.  This was precisely why he didn’t work with humans.  Mortality made everything so much more complicated.

Lynch guided his black rental Charger up a final hill to the Fraternity’s main house.  Lately, he’d taken to driving through the city.  He told himself it was merely a nod to progress and the twenty-first century.  If he was being honest with himself, though, he’d grown accustomed to riding around in MacMillian’s sleek green Fury.

Lynch generally tried to be honest with himself as little as possible.

True to its name, Aerie sat perched atop the highest hill in Sea Cliff.  A knot of tension formed in Lynch’s gut as he approached.  The grandiose mansion had been home once, but he didn’t spend much time here these days.  Something about it felt different than he remembered, and not in a way he liked.

Lynch pulled up alongside the curb, and climbed out.  He stared up at the ornate façade, winced.  Off the top of his head, he could think of at least three other places he would rather be at this moment.  Finally, he steeled himself and trudged up the weather-beaten walkway to the front door.

Lynch opened it, and poked his head in.  It was dark inside, and quieter than usual.  There was no one in sight.  He stepped softly over the threshold, turned to ease the door closed behind him.  An ill-timed wind blew it shut with a crash.

Lynch bit the inside of his cheek against a curse.  He plastered a smile on his face and turned.  “My dear Dimtro.  Don’t tell me you waited up.”

Kalymov Dimtro flashed a smile, all teeth, and continued down the rest of the long winding staircase into the foyer.  He looked like a typical disaffected teenager: weathered jeans, motorcycle jacket, a retro t-shirt for a band Lynch had never heard of.  His blond hair was strategically tousled.

Lynch resisted the urge to shake his head.  How his patron still managed to flawlessly execute the latest fashion trends, he had no idea.  Then again, he’d had nearly seven hundred years of practice.

“You could visit more, you know.  I miss my favorite protégé.”  Dimtro crossed the floor and extended a hand.  Dutifully, Lynch kissed it.  “Surely being Constable of San Francisco doesn’t keep you so busy you can’t come home every now and again.”

Aerie hadn’t been home in a long time.  Lynch kept that to himself.  “Apologies, mother.  I shall endeavor to keep in touch to your satisfaction.”

Dimtro chuckled.  “There’s a good boy.” He jerked his chin towards a door on the opposite end of the foyer.  “Come.  We have much to discuss.”

Lynch fell into step behind him.  His forehead started to ache.  He pinched the sore spot between his eyes, and followed Dimtro through the door.

What he wouldn’t give for a day off.